What is an executive’s job? It is to target the resources and efforts where there are opportunities to obtain significant economic returns. All that sounds pretty hackneyed, and indeed it is! But in anyanalysis of resource allocations and efforts I have seen it was evident that most of the time, work, attention and money were directed towards problems rather than on opportunities and secondarily on those areas where even though extraordinary the performances had only a minimal impact on the results. What has been generated over time and aggravated with the world crisis has been the confusion between effectiveness and efficiency. There is certainly nothing more useless than doing with great efficiency things that shouldn’t be done at all!

For more than twenty five years I have been working as a teacher and trainer in many parts of the world. I was didactic director for the United Nations in the Young Leaders Academy project. I collaborated with Newport International University with Palo Alto University with British University with the University Turin of Palermo and with the University of Florence. I have carried out management consultancy for dozens of companies in the U.S. , in Europe and the Middle East. I have published numerous books and articles in specialized scientific journals. The philosophy that inspires my work is based on two fundamental concepts: Love what you do and then do it with passion; Any training and more generally any relational interaction that does not include the “limbic part of our brain” is incomplete. Knowledge vanishes without emotional involvement. 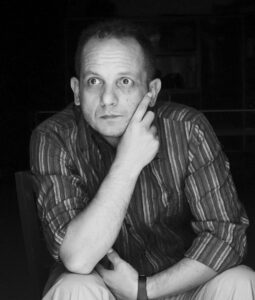